We were driving with the assistance of a popular navigation application available on Android mobile phones. Driving northwards on Galle Road, we were directed to turn right at Lauries Road. At the end of Lauries Road, at the Duplication Road junction, the persistent voice from the mobile phone kept ordering us to “continue straight at the junction”.

I could see clearly that I was being directed to make an illegal crossing of a main road, with clear road signs that forbade the crossing. We were being directed by a popular application trusted by millions of users to do something illegal! This could have endangered our lives and other lives or could have resulted in us being booked by the Police for a traffic offence.

Why was this popular application doing this? If we met with a fatal accident while following this ‘persistent voice,’ who would be responsible? Can I hold the application provider liable for misdirecting me? Reflecting on this simple incident leads us to some startling conclusions about the need for teaching and learning ethics.

Humans and machines can both learn to do wrong!

Let’s first see why the mobile application misguided us. This application uses Artificial Intelligence (AI) to determine the best route from point A to point B using what are called ‘algorithms’ in technical jargon. These algorithms analyse the traffic data collected from mobile phones that have already passed through this junction (phones carried in the pockets of unsuspecting drivers!)

It appears that many drivers with mobile phones passing this particular ‘junction’ have ‘taken the illegal route’ and reached their destination at good speed too. So, the navigation application has ‘learnt’ from these drivers that this ‘illegal route’ is the best option to take at that junction. Based on the philosophy of directing everyone to do what most people did at a particular juncture, it was guiding us ‘to follow the herd’.

This seems to be very similar to what has happened in our society in the recent past as well. In the past 70+ years of post-independence misrule in Sri Lanka, society seems to have learned various illegal and unethical practices as the ‘best way to go’.

Similar to the learning of the  AI software system in our example above, society has learned from the apparently successful individuals who have taken the ‘illegal’ and/or ‘unethical’ routes to prosperity. Since this has been happening for a long period of time without any apparent ill effects on the individuals involved, this ‘illegal’ and/or ‘unethical’ behaviour has become the ‘now normal’.

Unfortunately, the ill-effects of this ‘illegal and unethical norm’ have suddenly brought on us a catastrophe. Now we see greater awareness in society about all that was ‘illegal and unethical’ that led to the present economic and social catastrophe the country is facing. If we want to ‘reset the system,’ we must start teaching the new generations in earnest about ‘what is legal’ and ‘what is ethical’ and the importance of practising it to avoid another catastrophe.

Therefore, the long-term prosperity and survival of the nation depends on a well-planned programme of re-education on ethical and legal behaviour directed towards the younger generation.

Lessons to learn from the experience of other countries

The 2007-2008 global economic crisis was triggered mainly by unscrupulous and unregulated practices in the US Financial System (The subprime mortgage crisis https://en.wikipedia.org/wiki/Subprime_mortgage_crisis ). It led to a global recession and it was estimated that in the 2008-2009 period, nine million jobs were lost in the USA alone. Many European countries too suffered economic losses during this period.

By the end of this crisis, these countries realised that allowing a small number of greedy people to operate without checks and balances could bring down entire economies and even the global economy. Many corrective actions were taken after this period of crisis. This included more stringent regulation of all financial systems and a new emphasis on imparting ethical, legal, and social impact analysis skills to all undergraduate students.

Gone are the days when business schools simply taught students the best way to make a profit. Today most business schools in developed countries train their graduates to think in terms of working within the legal systems and practising ethical decision making; to consider sustainability; and be environmentally and socially responsible.

This can be easily discovered by a simple scrutiny of graduate attributes that leading global universities are attempting to develop in their students. For example, reproduced below is an extract from the Graduate Attribute List of University of Westminster, UK, with whom the author has professional links:

Be socially, environmentally, and ethically aware

No one – including aspiring engineers, doctors, and scientists – is exempt from this training to think critically about ethical, legal, social, and sustainability issues.

Sri Lankan universities and schools should give serious consideration to integrating this kind of training into their curricula urgently and in all disciplines of study. It should preferably be integrated into the core curriculum that is compulsory for all students and delivered in a practice-oriented manner.

Industry 4.0 and the increasing use of AI

Everyone would agree that one of the purposes of education is to prepare students for the current and future world (and not for the past). One of the biggest trends in the world today is what is loosely termed as Industry 4.0, and we need to prepare ourselves for it.

Industry 4.0 is an umbrella term for the use of increasing levels of computerisation of industry: the use of AI, machines that communicate with other machines and make their own decisions, an increase in the use of robots, etc.

AI technologies can be a great boon to society. For example, the popular navigation software we discussed at the beginning of this article probably saves millions of dollars for its users in travel time saved.

Both undergraduate and post-graduate students at the university where the author teaches have attempted to develop AI systems, for example, to predict if a person is likely to develop Chronic Kidney Disease (CKD) based on the analysis of data collected from a large number of patients. But these systems come with some serious issues that raise many ethical concerns.

Let’s take the very simple example of a driverless autonomous car. Many such cars have already been put on the road in many countries. If one of these driverless cars knocks someone down, who do we hold responsible? There is no driver. Do we sue the owner? Or do we arrest the car? Or do we sue the manufacturer of the driverless car? How much liability for the person/entity being sued? Is there joint liability?

For example, if the data for training the system was taken from decisions made by human recruiters with racial bias, the AI system will also recruit with racial bias. Therefore, one of the key skills required in the future world will be ethical and other impact analysis skills to determine the hidden dangers from such systems. This requires specialists who understand such systems as well as ethical and legal requirements of society.

Many educators and philosophers have warned that humanity is at a crucial point in its evolution because of these technological advances. Unless we train our leaders, engineers, scientists, and businessmen on the importance of ethics and the need to think critically about the decisions that they make, we may be heading for a more dangerous world.

(The writer BSc.,MSc., is Senior Lecturer and Head of Department – Business School at Informatics Institute of Technology. He has over 30 years of experience in education and is an alumnus of the University of Peradeniya and University of Sri Jayewardenepura. He has held C-Level positions in the Information Technology Industry and can be reached at  [email protected])

What do you think? 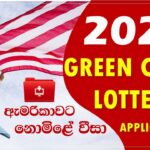 No posts match the widget criteria

Please check if there are posts that match all the below criteria. If not, remove the wrong ones in the widget settings.

© 2022 by bring the pixel. Remember to change this

Back to Top
Close

Your password reset link appears to be invalid or expired.

To use social login you have to agree with the storage and handling of your data by this website. %privacy_policy%